In late August four of us left town for the lake. We wanted to escape the smoke in Missoula’s valley that made the simple act of breathing a health risk. Three of us wanted to go for a longer paddle. My wife preferred to read in camp and listen to lapping waves.

Joyce sometimes asks encouragingly, “Would you like to take a trip and paddle somewhere on the coast of British Columbia?” I know this is one of the most beautiful coasts in the world but I appreciate having access to the largest and cleanest body of fresh water in the western U.S. and feel as though I still have so much to learn, even after more than ten seasons of paddling Flathead Lake. I am content to keep exploring close to home because experience tells me, if I keep myself open and do not let my ability to perceive grow dull, I will make discoveries.

This trip confirmed that belief. Over the course of our two days we discovered how to have  fun while helping each other get ready to launch, 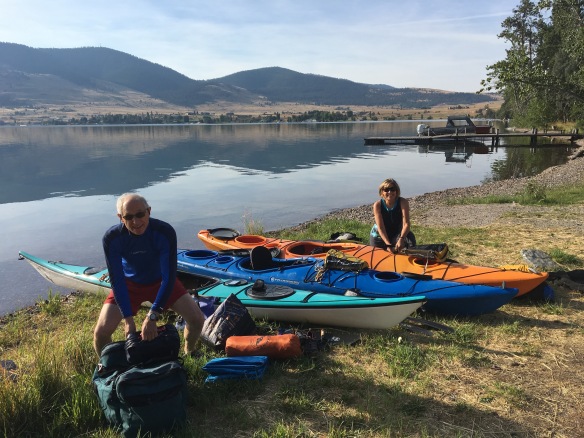 a rocky point for viewing the eclipse of 2017, 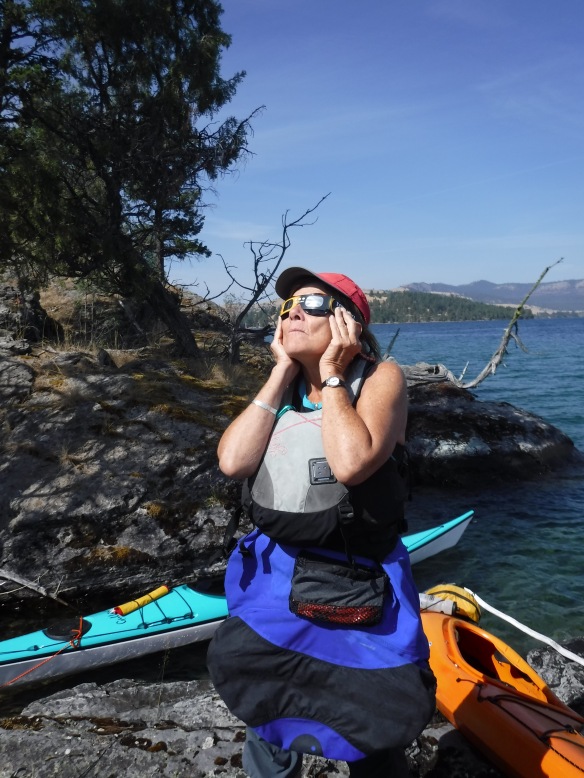 previously unseen panels of rock art and how prone they are to exfoliation and loss, 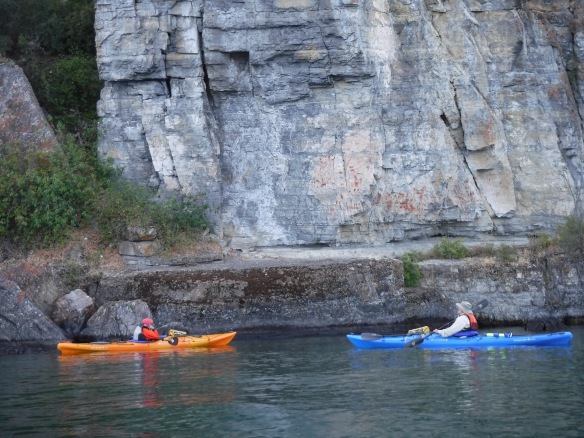 how to turn a knothole into a spyglass, 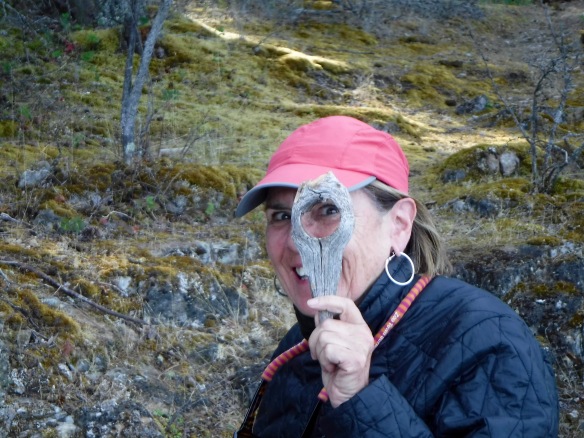 the beauty of black and blue ring waves during a hot morning but especially after sunset, 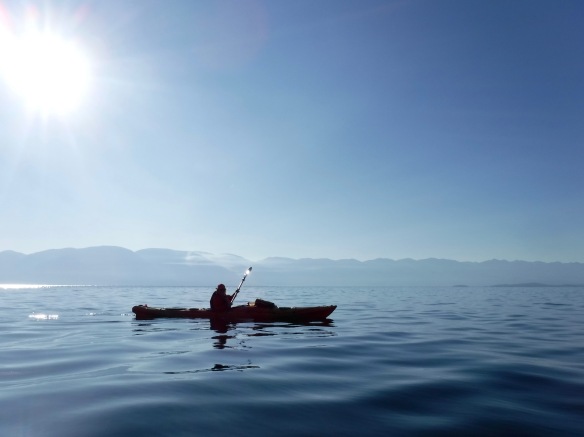 where eagles tend to roost and why it is extremely important not to set up a sleeping bag under those trees (I’m not providing a photograph of my mistake).

We also discovered a memorial to a young man. People who loved him wedged a painted tribute between opposing pieces of rock. Later, my friend Jeanne spotted a remnant from his tool collection. Walking between her tent site and the beach she saw an anomalous piece of rusted steel pushed level with the surface of dry moss and stone. Curious, she withdrew it from the ground and showed it to me. I explained that the object was a hollow chisel, a tool used to chop mortises so two pieces of wood can be joined with a tenon. Using gold-colored ink, someone painted messages of love and the man’s birth and death dates. Seeing this tribute, we speculated he might have been a woodworker. After we admired the tool and its subtle placement, we put it back exactly as we found it. 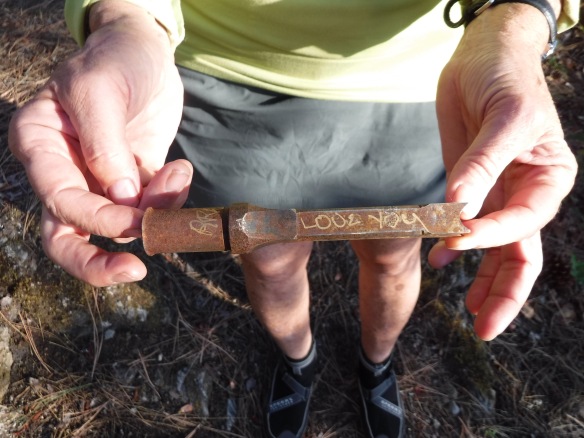 Passing through the gap between islands or crossing between island and mainland we also made discoveries about each other, learned things we did not know. We braided an invisible cord between and among us of understanding, memory and anticipation. For the rest of our lives we may tow each other along, connected by the stories we tell and create.

Though I am far-removed from childhood, the lake keeps teaching me to maintain the mind of a child, seeing the world as if for the first time, paying attention to it as if it might be the last.