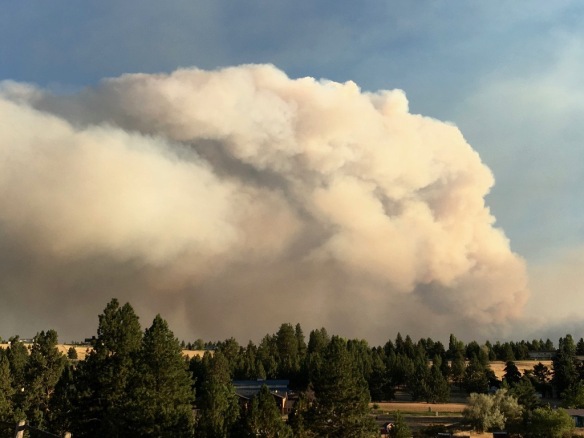 This past summer was a difficult season to paddle in Montana. Beginning in July, smoke from fires in Idaho began to slip over the mountains and fill our valleys. As the jet stream avoided our latitude more fires in the region poured smoke into the Missoula, Mission and Flathead valleys. Almost all of August and September were lost to a choking and hazardous particulate pall. As a result, I did not paddle nearly as much as I normally do; it wasn’t safe or wise. Out of the haze and the odor of burned forest I see a surprising image from this past summer—an image of bones.

On a beach in a little cove on Cedar Island I found a beautiful, long, rib bone as well as a large vertebra. Knowing that no animals of this size live on the island, I suspect that some large ungulate washed down the Flathead River or rode the lake’s currents and washed ashore on this island. All the forces of nature worked on the remains and left these gleaming architectural elements of a once-living being. 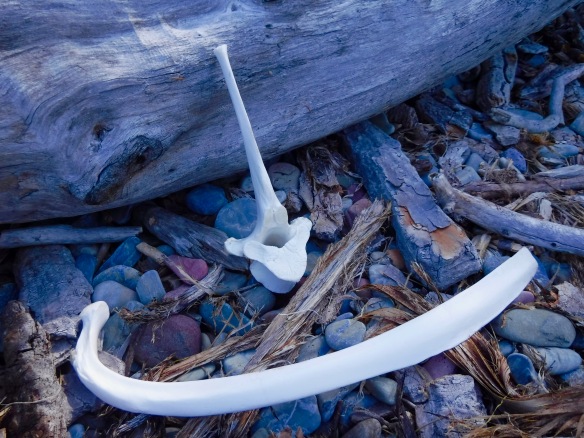 Then, on one of my circumnavigations of Wild Horse Island, I spotted a skeleton in the driftwood, the bones and sun-bleached limbs of trees nearly indistinguishable. I paddled ashore, secured Bluebird, and investigated. This was almost certainly the skeleton of a Rocky Mountain Bighorn sheep. Though the skeleton came to rest below one of the island’s cliffs, I have watched these sure-footed animals enough to know that it is extremely doubtful that an adult Bighorn fell in this location. The fact that the skeleton was headless confirmed my worst suspicions: someone probably poached a big ram and left the body to rot in the afternoon sun.

Maybe it is appropriate that one of my final memories of 2017 focuses on bones, the remnants of death. But at the time I discovered these bones, I felt astonished by their beauty. I ran my fingers along the flutes of the ribs, marveled at their ligature, could not begin to comprehend the complexity of a spinal column. Nothing about these remains was gruesome, except the possibility that someone poached a protected animal.

Bones seem important for another reason. The internal skeleton of an animal supports its whole structure, sets it up for life. These bones were something to admire not avoid. They revealed the essence of the animal. Ever since encountering these bones I have been reflecting on the problem of essence, the deepest, innermost aspect of life and its purpose. But this has been anything but an abstract philosophical project for me. I have been asking about the bones of my own life, not the once-broken radius in my right arm, the nodes in my spinal column that press on the nerves, but the essence of why I am here and what I must do. Trying to peer through the smoke and confusion at the turn of the year I am determined to pay attention to each encounter, to reckon with both the suffering and the glory, the heartbreak and the beauty.

Summer smoke and all its metaphorical expressions in the form of political speech and posturing, tempt us to contract our attention. It seems more than likely that some people may actually be trying to divert our attention. This summer, for the sake of sanity, it seemed important not to see, smell, or listen. But the bones on the beach remind me to keep paying attention, to search out the inwardmost structure of things and how it hangs together or comes apart. Last summer I touched the bones, ran my fingers across their polish and curves. As if speaking to me they said, Behold. Attend. Bear witness. I carry this mandate into the new year.