The forecast was not good—wind out of the northeast at 15 miles-per-hour with gusts to 30, rain, and waves 1-2 feet. Water temperature 39 degrees. I was tired of pulling dandelions so I went paddling. In a year of record snowfall and now epic flooding I knew the island would be green. It would be worth the effort to cross from Big Arm to Wild Horse. 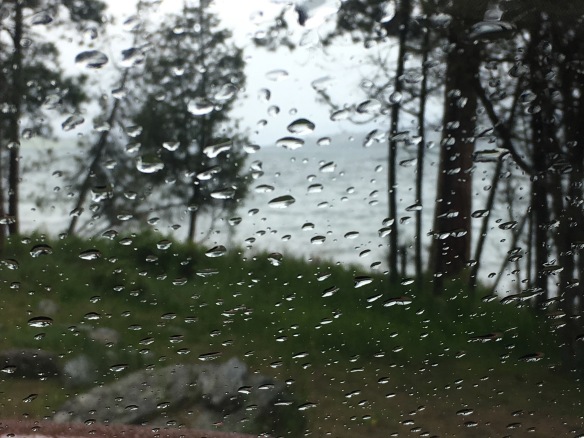 When I pulled into my campsite conditions were dismal. I waited for a lull before setting up my tent. The only flat ground was next to the fire pit. It was a good thing I don’t make fires.

From time to time I checked my latest weather app until I had a sense of the pulse of the storms. In the diastole I pulled on my neoprene top and dry suit. I slid Bluebird into the gray water and pulled for the island. It felt good to sink into the headwinds. When gusts approached I ducked and made low angle strokes. In the lulls I returned to more efficient high angle strokes. Two hours later I pulled my kayak over some logs and secured it in the arms of driftwood. Arrow leaf balsamroot covered the hillsides. Walking through the clusters felt like wading through leather. In the interstices lupine, harebells, biscuit root and vetch reached for their share of the light. Climbing the first slope I came across patches of death camas, false asphodel and starflower. On the rocky crest I watched a pair of young eagles make intersecting gyres or hold positions in the wind with only the slightest movement of individual feathers. Knowing my interval would not last I waded back down the hill and let the rolling chop push me back to camp.

Joyce’s Yucatan soup, heated in my WhisperLite stove, and tortillas warmed on the lid of the pot never tasted so good. I was in my bag by 9 p.m.

The next morning was gray but not raining. The wind had not had time to build waves so I did it again, this time paddling around the corner of the island and into Skeeko Bay. After signing in at the register and seeing that I was only the second kayak to make it to the island this year, I walked the trail to the saddle with, as Andrew Marvell says, a green thought in a green shade. I continued up the east-west ridge and watched the bronze backs of retreating turkeys. They walk uphill faster than I do. Seeing the birds helped explain the broken feather I had found the day before. Peaking over the ridge I spotted four Bighorn rams lounging in the balsamroot. On a rocky nob where I know to look for bitterroot I found the flowers. This early in the season they were all promise and no bloom. 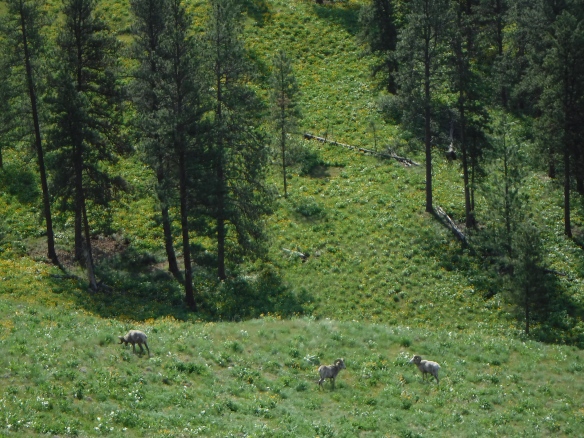 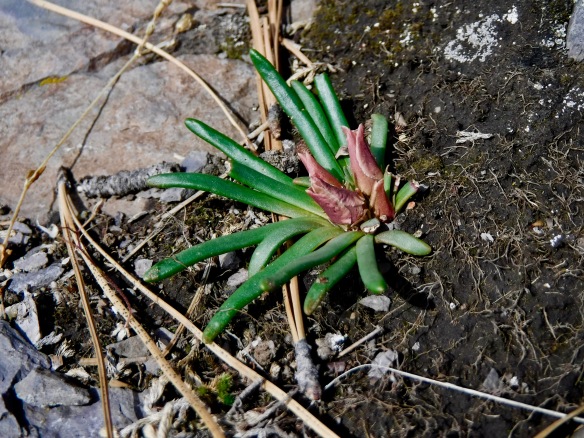 Satisfied that I had again made a deep connection to the island I started back down. On the way I heard a low growling off to my right. As I turned my head I caught a glimpse of a red fox in full plumage leaping between the flowers, unhappy that I had disturbed his proprietary rights to the island. Further down the trail I saw where the fox had excavated a vole, exposing the now-dry root and source of the flowers. Gliding down through the trees it seemed this island belongs to its non-human creatures first of all. They take as much pleasure as we do in all the life brought into the open by rain and light. They have first rights to the air and its breezes, the flowers and their variations. 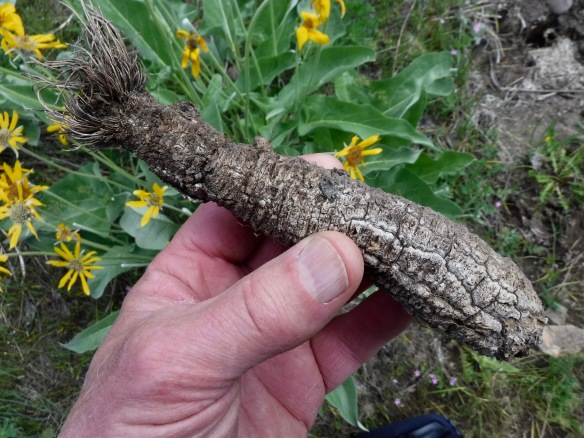 Back on the beach and while climbing back into my yellow ziplock of a dry suit I noticed a group of paddlers crossing over to the island from Dayton. After they landed I walked over to greet them, a pair of guides with a new paddling business and two clients. They, too, had come to see the island in its green splendor. In Montana after a year of fire, snow and flood, this place felt like our Sistine ceiling, our Louvre, our MOMA. It was ours to visit but not remain. 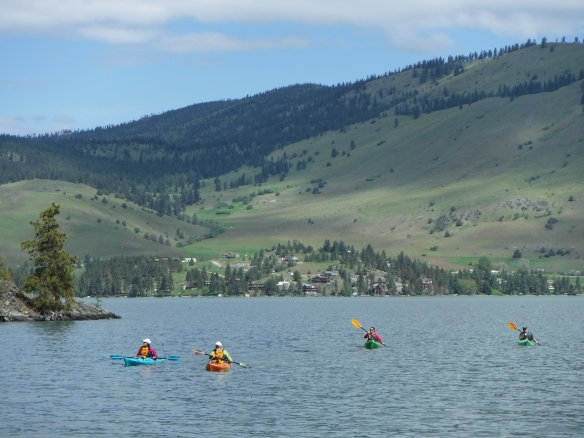